Tell the Grammys: No, You Were Not the Victim of Chris Brown’s Domestic Violence 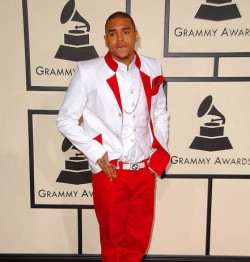 Brett Simon thought that when Chris Brown beat up then-girlfriend Rhianna right before the 2009 Grammys, that the victim was Rhianna herself. You know, the person with all the bruises.

But then he heard: Grammy Executive Producer Ken Ehrlich thinks that the awards show was the victim “of what happened.”

“I think people deserve a second chance, you know,” Ehrlich said. “If you’ll note, he has not been on the Grammys for the past few years and it may have taken us a while to kind of get over the fact that we were the victim of what happened.” When Brett saw that Chris Brown was back performing on the prestigious show last night, while still on probation for the domestic assault, he was upset. When he heard that the Grammys thought they were the real victims, he really had to do something. That’s when Brett started a Change.org petition demanding an apology.

Ehrlich’s statement suggests that Brown was barred from the awards show not as a consequence of physically harming his girlfriend, another Grammy performer, but because the Grammys were upset with him for — what? making them scramble to find replacement performers with Rhianna healing and Brown under arrest?

“I started this petition because I realized that something was not right in this country when women beg to be beaten by someone just because he is a good looking Grammy winning performer,” Brett explained, commenting on a slew of “Chris Brown can beat me” tweets. “Those tweets along with Grammy producer Ken Ehrlich’s comment insinuating that he and the Grammys were the victims of Chris Brown’s abusive behavior are proof of a disconnect between society and the reality of domestic violence. The Recording Academy, the Grammys, and Ken Ehrlich need to demonstrate to the public that they understand that domestic violence is not something to be ignored, tolerated, and rewarded.”

END_OF_DOCUMENT_TOKEN_TO_BE_REPLACED

Comments Off on Tell the Grammys: No, You Were Not the Victim of Chris Brown’s Domestic Violence 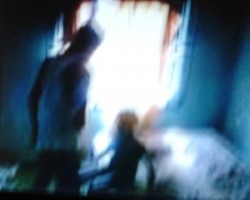 In September, a horrifying video came to light at Abia State University in Nigeria, depicting five men gang-raping a young woman as she begged them to just kill her. Concerned citizens in Nigeria and around the world, activists, and bloggers called for the “ABSU5” to be brought to justice, denouncing the culture of impunity that led these criminals to believe they could get away with taping and distributing their assault. Yet University and Abia State officials refused to take action, denying the violent act occurred in their jurisdiction without investigating. The Assistant Commissioner of Police, J.G. Micloth, even claimed that the brutal attack looked consensual — or was punishment for the girl somehow shaming her boyfriend — to excuse their failure to act.

More than 90,000 Change.org members worldwide signed a petition by Adetomi Aladekomo, a Nigerian rape survivor now living in Canada, calling for these men to be arrested and prosecuted. Finally, last month Attorney General of the Federation and Minister of Justice Mohammad Adoke intervened in the case, demanding that the Inspector-General of Police investigate the assault. Carol Aije, a Nigerian lawyer who deals with sexual violence cases across the country and has collaborated with the Change.org campaign, directly petitioned the Attorney General’s office urging this action, adding to the protests occurring online and on the ground.

This is significant progress. But the campaign isn’t over. Though Attorney General Adoke ordered a full investigation, it hasn’t happened yet. And Nigeria’s law enforcement has been all stirred up, with former Inspector-General Hafiz Ringim removed from his position for incompetence dealing with terrorism. For the campaign to succeed, international attention must continue to make sure that the new Inspector-General, Mohammad Abubakar, follows through with the investigation, and the Attorney General keeps an eye on the proceedings.

Adetomi also hopes to see a law strengthening violence against women legislation, which would also help victims such as Franca Ogbu, a student deeply disfigured by an acid attack whose assailant remains at large. To add your voice to Adetomi’s campaign and help bring the gang-rapists to justice, you can sign the petition here.

Comments Off on Nigeria Attorney General Demands Investigation of Gang-Rape