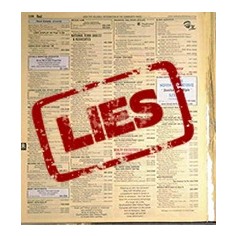 Somer Leon decided that she didn’t want one more San Francisco woman tricked by crisis pregnancy centers (CPCs). With her volunteer group, the Bay Area Coalition for Our Reproductive Rights, Leon launched a campaign on Change.org, calling for truth-in-advertising legislation that would bar these “fake clinics” from claiming non-existent services. The bill passed the local Board of Supervisors with overwhelming support on Tuesday, with Leon’s petition credited for demonstrating support for the bill.

Thousands of CPCs exist nationwide, and the majority — 87%, according to a Congressional report — mislead or lie to patients. These ideological fake clinics lure in pregnant women with false advertising about offering comprehensive reproductive health care, only to pursue a conservative religious agenda. They lack trained medical personnel, don’t provide advertised services, and deceive patients with fabrications about abortion leading to breast cancer, mental illness, and infertility. Many resort to shaming tactics and pressure women to “accept Jesus”; some go as far as telling a patient she’s not pregnant in order to keep her from considering abortion, which can pose a serious health risk.

Similar legislation has already passed in New York City, Baltimore, and Austin. What can you do to make sure that women in your hometown won’t get tricked by crisis pregnancy centers?

1. Use the list of known CPCs on CPCWatch.org or Google to find out if there are centers in your area.
2. Find out who the members of you local City Council or Board of Supervisors are.
3. Start a petition on Change.org asking them to pass truth-in-advertising legislation regulating crisis pregnancy centers.
4. Share your petition with friends and through social media such as Facebook, Twitter, tumblr.

In this way, you can take a simple but important action for women’s health and consumer protection, by making sure crisis pregnancy centers are honest about what they do. Start a campaign today.