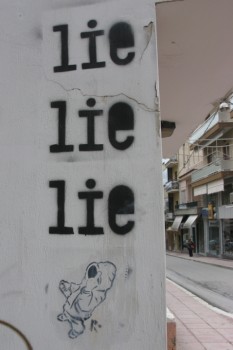 Lying to pregnant women about false risks from abortion for breast cancer and mental illness, using religious pressure to shame women, and hiding their anti-choice agenda from women, many limited service pregnancy centers known as crisis pregnancy centers (CPCs) nationwide pose a serious menace to women. Finally, some lawmakers are taking action on to protect women from this scam: legislation in Austin, TX, and Baltimore, MD, now requires that these “fake clinics,” as they’re often called, put up signs warning that they will not provide or offer any information on abortion or birth control, nor do they provide medical care. But if Washington State passes a proposed bill, it would be the first state to take action addressing all the CPCs within its boundaries.

The Limited Service Pregnancy Center Accountability Act would mandate that CPCs reveal that they do not provide comprehensive reproductive health services, guard women’s medical information as private, and not delay pregnancy test results. NARAL Pro-Choice Washington reports that this would impact some 46 clinics around the state.

It’s seem pretty simple: whatever your feelings about abortion, women have the right to privacy and accurate information about their bodies and treatment options. But CPCs are grumpy about such restrictions because they keeps fake clinics from tricking women — who would head right out the door if they knew that abortion wasn’t an option there — into seeing and being drowned in anti-abortion rhetoric by one of their counselors (almost never a medical professional of any sort).

CPCs are also notorious for failing to provide positive pregnancy test results in a timely manner, an attempt to run out the clock on a woman’s ability to access a legal abortion. And, yes, their treatment of women’s medical records have raised privacy concerns.

NARAL Pro-Choice Washington is pushing for the passage of this bill, which could set a precedent for other states to follow in its wake. They’ll be at a Senate Health Care Committee hearing fighting for the legislation on Feb. 2, and are inviting pro-choice advocates to stand with them. And they have a petition here on Change.org that you can sign and share to take a step forward for women’s rights as consumers and human beings.