How Conservatives Killed Their Own Family Values 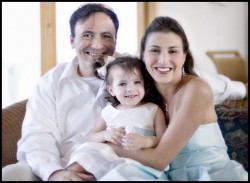 When conservatives are looking to play the blame-game regarding what they refer to as the decline of the “traditional family,” feminists, LGBT persons, and Hollywood liberal elites are generally on the dice. But Alex Henderson writes on Alternet that if they want to find the true culprit, they should look in the mirror.

What right-wingers mean by family values is something along the lines of a man and woman getting married, on the young side before they’ve sullied themselves with any premarital sex, pop out a bunch of children (sans contraception), and perish the thought of divorce. But one thing any parents (and most non-parents) know: kids are expensive. When people decide to have children later or not at all, when a greater number of people are interested in permanent sterilization, when marriage gets delayed, economic considerations are at the top of their reasons.

Wealth in America has become more concentrated in the hands of an elite few, while an average worker’s wages have not kept up with inflation on basic necessities. Conservatives blocked comprehensive health care reform under the Clinton administration, while the bill that President Obama managed to squeeze through Congress falls far short of what the nation needs. We have inadequate or nonexistent maternity leave, paternity leave, sick days, subsidized day care, and other vital elements of a social safety net. What kind of impact do you think this would have on responsible individuals considering having a family?

In truth, what conservatives deem the “traditional family” was never the sole family make-up in existence, and reducing the stigma attached to child-free women, single parents, divorce, and same-sex parents is a good thing in my book. But providing better social services benefits families of all stripes, and anyone who wants the “traditional” family structure shouldn’t feel locked out of raising kids just because even someone who works hard with a fairly decent job often can’t be sure of their security in taking responsibility for a child who relies totally on them. If conservatives want to talk family values, it’s time they put their money where their mouth is.

Comments Off on How Conservatives Killed Their Own Family Values