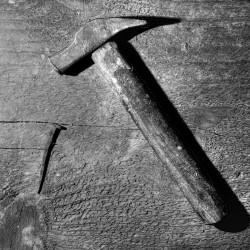 L.T. Ariyawathi couldn’t remember how many hot nails had been hammered into her body by her Saudi employers as punishment for being exhausted. Reuters reports the number of nails discovered by an X-ray at 24. Two dozen nails, hammered into her hands, legs, and even above her eye.

You have to wonder what kind of twisted mind comes up with lodging nails into an employee’s body for the grave offense of being tired when she was overworked. But the torture suffered by Ariyawathi, a 49-year-old mother from Sri Lanki, though darkly creative, is not a major anomaly. Over a million Sri Lankans leave their country for the Middle East seeking work, many of them as maids, who regularly complain of being abused by employers. And Human Rights Watch (HRW) reports that Saudi Arabia has an abysmal track record when it comes to the treatment of its over 5 million foreign workers.

Because Ariyawathi was a poor immigrant woman who didn’t speak the language in her country of employment, she was completely at the mercy of her malicious Saudi employers, who she says also threatened to kill her for not working hard enough. HRW points out that Saudi Arabia’s legal system itself also puts migrant workers like Ariyawathi at risk because of gender discrimination in laws. Female workers are also subject to imprisonment if they become pregnant after being raped by an employer, and the Saudi court system doesn’t pay adequate attention to women’s testimony. Protecting women like Ariyawthi would require serious changes to business as usual in Saudi Arabia.