DIY Abortions on the Rise Among Low-Income Women 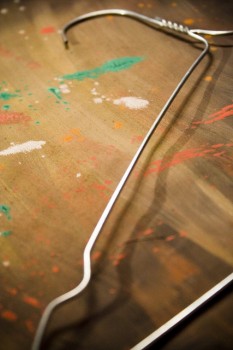 Do-it-yourself projects can be fun, but an abortion is not like a crafts project. Unfortunately, the lack of abortion coverage in health insurance is forcing low-income women to attempt to DIY abortions because they can’t afford a safe procedure.

As Robin Marty writes on RH Reality Check, women are turning to the improper use of the drug misoprostal, while others are resorting to more risky, desperate acts such as throwing themselves down a set of stairs or getting punched in the stomach. In a country in which abortion is a perfectly legal procedure, and one that is very safe when performed properly by a doctor, it’s deeply disturbing that women still have to resort to such dangerous methods. The Hyde Amendment’s ban on government funding for abortion puts women in a position where they cannot access health care for their bodies.

Last month, Supreme Court Justice Ruth Bader Ginsberg warned that while abortion rights are secure for women with money, even if Roe v. Wade were to be repealed, low-income women’s reproductive rights are not on such solid ground. In fact, it seems clear that poor women are already de facto deprived of their reproductive rights by the lack of abortion coverage in health insurance.

Women will continue to take matters into their own hands if financial constraints keep them from getting an abortion. Three-fourths of women who obtain abortions cite the inability to afford a child as one of their primary reasons; if they cannot pay for the procedure out-of-pocket, that’s not going to stop them from making certain they’re not bringing a life into the world they can’t support. We should jeopardize women’s health out of ideology.