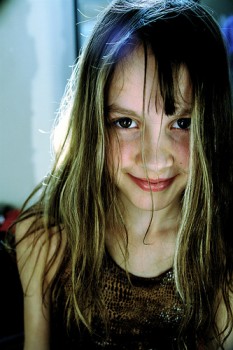 This week in Britain, two boys, aged 10 and 11, were found guilty of attempted rape of an 8-year-old. They will now be added to the sex offender registry; the rest of their sentence will be handed down in eight weeks time.

The boys were charged after an eight-year-old girl reported that they forced her to take off her underwear, exposed their own penises, and tried to rape her. The assault was interrupted when another girl told an adult that the boys were “hurting” the victim.

I tend to agree with Cara on The Curvature that these boys probably should not be put on the sexual offender registry for life; I have problems with the sex offender registry in general, because it does a poor job of distinguishing dangerous repeated child molesters and rapists from a 19-year-old who had consensual sex with a 16-year-old girlfriend.

In fact, I’m all set to be fairly sympathetic to the boys in this situation. Though they were found guilty of committing a serious crime, the sentence, when handed down, should consider the age of the defendants (even though they were tried as adults) and the fact that their youth certainly means that a rehabilitative focus can be expected to have an impact.

Unfortunately, Cara points out that this isn’t enough for some people. Some people are trying to allege that 10- and 11-year-olds aren’t capable of committing rape, and, more disturbingly, that we shouldn’t take a rape accusation by an 8-year-old seriously. Philip Johnston writes in the Telegraph that he thinks the case should never even have been investigated or come to trial: “Why, indeed, did the authorities respond to a story of rape from an eight-year-old, who cannot possibly know what it means?”

Now, let’s think about this for a minute. Say the perpetrators weren’t 10 and 11. Say they were 18, 25, 35, or 50. And say an eight-year-old girl told her mother that this middle-aged adult had forcibly removed her underwear and attempted to penetrate her. Would you say that authorities should just dismiss this case? “Oh, just tell her to go back to playing with dolls, she can’t possibly know what rape is anyway.” It is a sad but true fact that there are pedophiles in this world that commit sexual abuse against children, children even younger than eight. (The Catholic Church can fill you in on this from personal experience.)

Instead of focusing simply on possible problem with this case in terms of overly harsh punishment, Johnston choose to go a different, yet familiar, route: victim-blaming. He opted to attack investigators for doing exactly what they should have — listen to a survivor’s allegations of sexual assault — and suggest that a child cannot be aware of being sexually violated. I’m sure child molesters love his suggestion that no young child should ever be able to have rape allegations taken seriously: it’s open season on sexual assault of kids.

I’m all for being concerned about protecting children, even those who commit serious crimes, from an overly harsh criminal justice system. But why does that have to involve going the rape apologist, victim-blaming route?

Comments Off on Police Shouldn’t Respond to Rape Allegations From 8-Year-Olds?