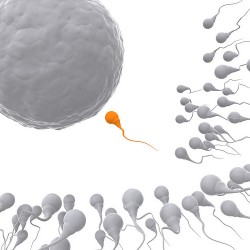 Why go through all the trouble of getting abortion, birth control, stem cell research, and in-vitro fertilization banned separately when you can knock them all out with one fell swoop? That’s the motivation behind the “personhood” initiatives launched by anti-choice right-wing groups.

In Nevada, a judge last week scrapped a proposed egg-as-person ballot initiative to define a “person” as  “everybody possessing a human genome,” deeming it too vague and unintelligible, in addition to violating laws prohibiting a single initiative from targeting multiple issues. The attorney for the losing side claimed that “any eight-year-old” would be able to comprehend the proposal. I’m sure the judge appreciated having his mental ability compared with a fourth grader’s.

In “now wouldn’t that be nice” land, if these personhood initiatives were written to say that a “person” must possess a human genome — though the mere existence of DNA does not cells a person make — that would be another story. Then maybe we could get rid of some of this “corporate personhood” nonsense.

Comments Off on Nevada Personhood Initiative Tossed Out